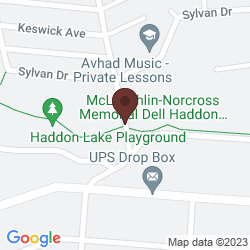 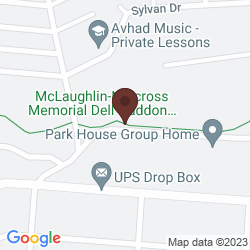 Men did the “husbandry”; they cultivated harvested and processed flax plants for linen and sheared sheep for wool.  Women took the fires from that point and did what at was necessary to turn them into thread or yarn and then cloth.  The included carding the wool and spinning the yarns, usually unmarried women were the “spinsters”.

Dyeing and bleaching were adult tasks.  Linen was bleached by being repeatedly steeped in dung or buttermilk, washed, and sunned until it attained the desired whiteness.  Wool was dyed by simmering it in a dye bath made by boiling plant parts, leaves, stems, bark flowers or roots.  The most common dyestuff was indigo.

The mill was constructed around 1773 by John Glover who lived in the historic home now at 1212 Sylvan Drive.

Fulling mills were known in Europe by the 12th century.  The first fulling mill in America was erected in Massachusetts in 1643.  By 1784 there were 41 fulling mills in New Jersey, including the Glover Mill.

The word “fulling” is derived from “furling” meaning to contract and is a process of shrinking homespun woven cloth, either wool, cotton or linen.   References to fulling can be found in the Old and New Testament.  For centuries, yarn was spun and woven at home.  It was not comely to wear until the loose “web” had been fulled, washed, dyed and tended (spread to shrink and dry).  In fulling the cloth is subject to moisture and heat, agitation or friction of some kind, such as rubbing or beating, and a cleaning and lubricating agent.  In fulling the fibers move more freely and work themselves loose from the spun thread and become entangled in one another, thus filling in the spaces between the warp and weft and creating a fuzzy pile-like layer on the surface of the weave.

A fulling mill generally consisted of heavy wooden mallets which were mechanically made to continually rise and fall on the cloth in a water-filled trough.  The device was fun by a waterwheel.  The loosely woven cloth was placed in the fulling trough, together with hot water and some form of detergent.  Then the water wheel began to turn, tappet arms lifted heavy wooden pestles or mallets alternately and then released them so that they struck the under part of the heap of cloth.  The upper part of the heap then fell over and during the fulling operation the position of the cloth changed continuously under the pounding of the mallets.

In Dobson’s Dictionary of Art, Science and Miscellaneous Literature in 1798, cloth was “laid in urine, then in fuller’s earth, and water and lastly in soap dissolved in hot water.  Soap alone would do very well, but this is expensive . . .” The chief scouring agent was stale urine; the nitrogen content of urine was responsible for its detergent qualities.  “Fermented” urine was quite a handy and useful liquid, being used both in the fulling and in the dyeing, according to a 1816 book entitled, The Dyer’s Companion.  Up to 1800 there was a tub or two or urine in every house.  After 1800 the use of urine as a detergent was slowly replaced by fuller’s earth, which resembled clay, and soda and soap to remove grease dirt and oil found in the wool during carding.

The cloth was periodically removed and repositioned for even fulling.  The cloth could then be dyed.  By increasing the density of the cloth, the weight per yard was increased and it had more resistance to wear and to weather.  There were bins in the fulling mill to keep the batches of cloth separated from each other.  After being fulled and dyed, the cloth was suspended in open fields for stretching, so that it would dry evenly and square.  Fulling mills were located in open country with plenty of field space upon which the tenter frames could e set up and fabric dried in the sun and air.  The cloth then passed through a furler who removed knots, rough spots and loose threads.  The cloth was napped by teasels, or fuller’s thistles which raised a fine nap and resulted in a material that felt softer.  It was then sheared by the shearman so that the surface was even.  Teasels, a tall herbaceous biennial plant, were not planted in this country until 1833, before which they were imported from Europe.  The fulling operation took from 48 to 65 hours.

John Glover, a master fuller and weaver who came from Bristol, Pennsylvania.  He had been an experienced silk weaver in England.  Glover owned the farm on the southside of the creek and a gristmill downstream, bought two acres on the north side of the creek and an additional acre within the creek bed on January 1, 1773, with the intention of building a fulling mill.  The mill was completed in 1776.  On July 24 of that year, Glover advertised in the Pennsylvania Gazette for a journeyman fuller, “one that understands the business.  One week later, Samuel Grown bought the adjacent house and apparently entered into the management of the fulling mill.  Glover also acquired a narrow strip of land extending northerly from the mill, for use as a land to the King’s Highway (is this Glover Avenue?).  Glover’s son, John Thorn Glover, took over the business in the early 1780’s.  In 1775 he had inherited a tract of about 18 acres on the east side off the fulling mill land.  In 1782, the younger Glover purchased the Breah Glover house from Brown, apparently at the same time replacing Brown in the business.

Betsy Ross was a customer of the Glover Mill and tradition says that the fabric for the American flag was processed at this mill.  The mill was the site of a Revolutionary War skirmish with British General Cornwallis after the Battle of Red Bank in 1777.

It is recorded that the mill was destroyed by fire in 1822 and was rebuilt later in 1822.  By 1830 there were 72 fulling mills in New Jersey but by 1850 the industrial revolution had begun and woolen mills had taken over the manufacture of cloth.  After the Civil War the mill quietly passed out of production.  The Glover Mill was torn down in 1917.  A cannonball found embedded in the mill wall is located at the Haddon Heights Library.

Seven generations of Glovers lived in the Glover homestead until they “left no issue” in the 1950’s and the property was sold.  The Sylvan Drive subdivision was originally part of the 70 acre Glover Farm.

The tail race, dam embankments and parts of the mill foundation are still visible from the lower path in the County Park adjacent to Kings Run.

The mill race location is visible extending southward to nearby King’s Run.   The tailrace site is in a strip of land belonging to the CCPark

The archeological site was placed on the State and National Register of Historic Places in 1990.