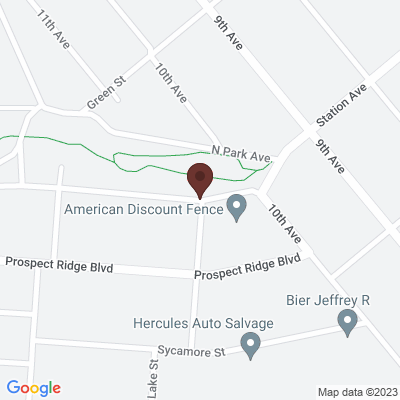 Until the mid-1930s, a small body of water known as Crystal Lake graced the western end of Station Avenue in Haddon Heights. It was framed by North and South Park Avenues and served as the terminus (and namesake) for Lake Street. This lake marked the source of Kings Run, which becomes the southern branch of Newton Creek, and served as the dividing line between Haddon and Centre Townships until the Borough of Haddon Heights was created from them in 1904. European settlement began in this area in 1682 with farming. Four early farmhouses remain in Haddon Heights: the Hinchman-Hurley-Lippincott House at 1089 North Park Drive (built c.1699 & 1820), the Colonel Joseph Ellis House at 1009 Sycamore Street (built c.1710-1805); the John Thorn Glover House at 1212 Sylvan Drive (built before 1750 & c.1860); and, the Isaac Glover House at 1908 New Jersey Avenue (built c.1750 & 1800).Crystal Lake was a popular site for swimming and ice skating, especially among youngsters.  Many older residents of the area have childhood memories of summers skinny-dipping and winter days spent gliding on its surface and then warming themselves by bonfires near its banks.  In the center of the lake was a tiny island with four swamp willow trees that provided shade for summer picnics. Surrounding the lake were grassy banks punctuated by groves of mature native trees. In the 18 Mill pond, downstream in the current vicinity of the Haddon Heights Dell. the Works Progress Administration (WPA) drained the lake in the 1930s and removed many of the trees. Much of the newfound land eventually became part of the Camden County Park system, as it remains to this day. A rough outline of the lake can still be discerned if one considers the bowl-like terrain that the landscape assumes just behind the War Memorial at the foot of the park.  During the 18th and 19th centuries, the lake and King’s Run provided water to the Glover Fulling Mill.